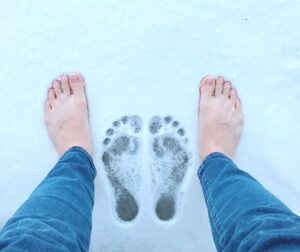 Two weeks ago, in a post about seller remorse, I mentioned that we were involved in a deal that had begun to appear as if the seller may have gotten cold feet – roughly two weeks before the deal was scheduled to close!

The buyer had spent many weeks doing its due diligence, drawing up plans to jump into the business and lining up its financing. The lender was committed and everything seemed to be sailing toward a smooth closing.

So what happened since then?

Two seller decisions – major components of the deal about which I’ve written often in the past – began to unfavorably impact the likelihood of the closing ever happening. By themselves, either could have derailed the deal. Together, it looked like the Titanic hitting the iceberg.


In this transaction, we are actually representing the buyers. Though not unheard of, business brokers – including us – generally represent the seller. In this case we were hired by the buyers to find a suitable acquisition target and negotiate on the buyers’ behalf to maintain confidentiality.

But the seller did have representation. Unfortunately, it was a residential real estate agent – one, as would be expected, with zero experience selling businesses. And when the crap hit the fan, the real estate agent just fell off the radar. 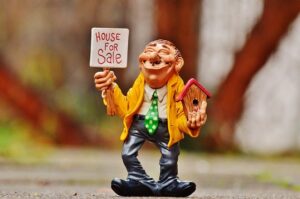 As more facts came out, we learned that the real estate agent was actually a part-time agent; someone who had a full time job in another city. Why the seller chose this guy is a mystery to us but it appears that it will turn out to be a costly choice.

As any of you who’ve followed this blog for any period of time know, hiring a real estate agent to sell a business is like hiring a dentist to replace your knees. It is nearly guaranteed to be an unpleasant experience.

Over the years, we’ve worked with real estate agents on no small number of deals and found that there are two kinds of agents; smart and ethical or unethical and/or greedy.

For example, the dentist whose patient has knee problems doesn’t try to replace the patient’s knees. The dentist – at least the smart and ethical ones – refer their patient to an orthopedic guy. Likewise with smart realtors who are approached by a client that needs some accounting done. They refer their client to a bookkeeper or accountant. And if their client wants to sell a business, the realtor will refer the client to a professional business broker.

The unethical or greedy ones will take any listing – even business listings. In fact, it sometimes wouldn’t surprise me if they’d take an assignment to sell a car!

Here’s an example of a smart and ethical agent.

Early in my brokerage career, a residential agent called me about client of hers who had approached her about selling a healthcare business she owned. The realtor told her client that she had no idea how to value or market this business nor the experience to negotiate with buyers in that field but could refer her to someone who did. She referred her client to us.

I made sure to contact the agent periodically so that she knew we were taking care of her client even when we had no buyers. But about 10 months later, I emailed her and suggested that I take her and her husband out to dinner. They accepted. 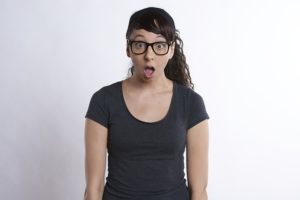 Over dessert, I passed across the table a check for $8,700 – the referral fee for the deal that we had just closed.

Her decision to refer her client to professionals was clearly in her client’s best interest. She knew it and acted accordingly.

In an example of the second type – unethical or greedy – 0f agent, a residential agent took a listing for a business and tried for a year to sell it. Eventually, she called us. But she didn’t want to refer her client to us; she simply wanted to see if we might have a buyer. We realized that she wanted us to do all the work she would have done and been doing if she knew how to sell businesses – but she wanted to keep half of the commission if we successfully marketed and sold it.

The business was substantially over-priced (because no one involved knew how to value a business) and was, after a year, damaged goods by being discussed by every real estate agent with access to the regional multiple listing service (MLS) and everyone they knew (because no one involved knew the importance of confidentiality). We’d have to start from scratch. But she didn’t want to relinquish any part of the commission and so, contrary to doing what was, without question, in her client’s best interest, she continued to display the business in the MLS. It’s still over-priced and it still hasn’t sold.

And, by the way, just so you know, no one – not one person in the history of the world – has ever gone to a residential multiple listing service looking for a business to buy.

We’re about to launch a coaching program specifically tailored to Realtors that want to sell businesses and novice business brokers. If you’d like to learn more, email me at joe@WorldwideBusinessBlog.com

There is an expression that most business people are familiar with that goes something like this: “Once the lawyers gets involved, everything seems to go south.”

Don’t get me wrong. I’m not condemning all lawyers. In fact, I have one in my family and a fine and generous gentleman he is. But like any profession, there are members of the bar that are a shade shady.

In this case, the purchase contract was signed. It was a clean deal and neither the seller nor his (real estate!) agent felt a lawyer was necessary. (Big mistake, as you already know, but that’s another story.)

During the buyers’ due diligence he discovered several unexpected – and undisclosed – problems with the business and its financials. The buyer – our client – was still interested in acquiring the business but not at the previously agreed-upon price. Further negotiation ensued.

After a bit of back and forth, the parties agreed to a reduction in the price. But this change and the time spent addressing it meant that the financing package had to be modified and the closing date had to be pushed back. The seller agreed to all of this and we prepared the contract amendments on behalf of our client (the buyers) which the seller signed.

It was at this point that the seller decided to consult with an attorney.

The lawyer started trying to bully our side – which necessitated getting our attorney involved.

(A bit of advice for novice business brokers: don’t argue with the other side’s lawyer. Hire your own to do the arguing. The deal might turn acrimonious no matter what you do but it will be far less unpleasant if your hired gun – rather than you – is in the ring with theirs.) 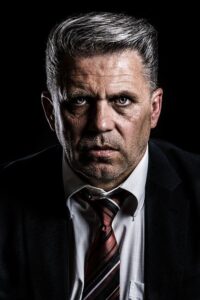 As it turns out, the seller’s lawyer thought that our client was getting too good a deal – that the price was now too low – and began trying to derail the sale. His comments and advice to the seller began to ratchet up the seller remorse.

On behalf of our client, we finally had to advise the seller – through his lawyer and his real estate agent who still hadn’t been heard from – that, if the seller didn’t remove the obstacles raised by the attorney by 5 PM on such-and-such a date, our client would file a claim (known as a “Lis Pendens“) against the property that was included in the sale, as well as claims for damages and specific performance.

When the seller heard what the potential damages could be – AND his lawyer’s required retainer to defend him against our client’s claims – he realized that he would be foolish to let this deal collapse only to end up in court with his business tied up for the next 18 months.

Sure enough, three days later, a new document, affirming the terms and conditions of the purchase contract and amendments, was executed by the parties. The level of seller remorse was now pretty substantial – and a sad sight it was.

But just when we thought this tug of war was over, the seller’s attorney let loose with a couple of additional literary hand grenades in our direction. But they were all just so much smoke which we’ve politely responded to reminding him that our client is planning to close as scheduled.

But it ain’t over yet, campers!

There are still three weeks to go before the money changes hands and diligence on our part is essential.

The buyers are now saying they may close as soon as possible simply to be done with this annoyance and get on with the business of growing the business. The real estate agent, last seen speeding down the interstate away from the scene, has not been heard from.

And our client is, in fact, getting a great deal I’m delighted to report!

From a seller’s standpoint, having and listening to the right team – something I’ve harped on to anyone who would listen for almost 20 years now – would have significantly reduced the stress and acrimony, shortened what will now be an unnecessarily extended closing period and probably resulted in a higher price.

For the buyer, the wisdom of hiring a professional business broker – us – to handle the acquisition side, resulted in protection from a confrontational – not to say unethical – lawyer and a deal structure that appears to be mighty favorable.

I’ll update you again on this one in a few weeks. It will either have closed or the saga will be ongoing!