Dishonest Sellers: What’s a Broker to Do?

Dishonest Sellers: What’s a Broker to Do?


If you’re a business broker – or plan to become one – a dishonest seller is going to find his way to your door sooner or later. Aside from the immediate financial harm your brokerage business could face from that, dealing with a dishonest seller – or a shady attorney acting for such a seller – your reputation in the industry could take a big hit, resulting in even more significant and longer term financial harm. This post is the story of my experience 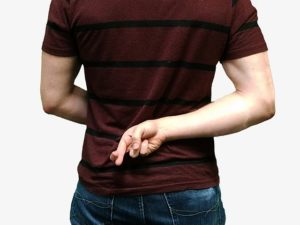 with just such characters.

We listed a business for owners that lived several states away. We were recommended to them and during one of their visits to the business, I met with them and we seemed to get along fine. I came away from the meeting with no real concerns. As is our standard process, over the next couple of weeks we gathered from the owners the information we needed to value the business, performed the valuation and gave them the number that we thought the business was worth. We recommended an asking price that gave us some room to negotiate and a week or two after that, all parties signed a listing agreement. We brought the business to market at $1.75 million.

The owners required a very high level of confidentiality a condition that regular readers of this journalistic tour de force know is how we operate with all listing assignments. I felt that this would be a pretty standard, run of the mill project and we promptly set about our work of finding a buyer.

I started Worldwide Business Brokers as a single office in 2001 and expanded globally over the next 10 years. Our website gets a reasonable amount of traffic and we receive inquiries from buyers and sellers every day. As a result, our database is pretty robust and, as a rule, whenever any of our brokers or offices lists a business for sale, the first thing they do is check the database to see if we’ve received any inquiries from potential buyers that might be interested in our new listing. As it happens, we had recently spoken to a buyer that had contacted us about a different business we were selling.

The Process Gets Started

The business this potential buyer was interested in had just gone under contract and the due diligence phase was in its early stages. But I sensed that this new listing, though somewhat smaller than the one the buyer had originally contacted us about, was a very good fit. We sent the Offering Memorandum and in due course we had negotiated a purchase contract. Not long after that, things started getting a bit dicey.

The data we gather from the seller as part of our valuation process includes a list of assets that will transfer with the business. Among other assets, this will include a list of the furniture, fixtures and equipment (“FF&E”). That list, which the buyers requested as part of their due diligence, was attached to the purchase agreement (“PA”) as an exhibit and was specific. It listed all the significant fixtures and equipment that would be part of the sale. The seller signed the PA and initialed all the exhibits.

Trouble On the Horizon?

The first sign of trouble arrived roughly three weeks after the purchase agreement was signed in the form of an email from one of the seller’s relatives that included a new – and noticeably shorter – list of the FF&E that will transfer. Roughly 10% of what was on the first list was missing. It seems that the seller “forgot” that he had sold it previously. Needless to say, this caused no small amount of concern on the part of the buyers but we finessed the issue and held the deal together. The buyer was buying the cash flow and the missing assets would not materially effect that.

The next sign of trouble arrived a week or so later in an email from the sellers’ attorney. The sellers apparently also “forgot” that their business was generating some questionable waste and that they were supposed to mitigate this problem some years earlier – and they “forgot” to do the mitigation, as well. After some additional back-and-forth with the buyers, an addendum to the PA was drafted that stated that the sellers were to fix the problem and provide a follow-up report from an independent testing agency verifying that the issue was resolved.

So far, so good. But the buyers started seeing warning signs everywhere and were becoming a bit concerned about how forthright the sellers were being. The buyers’ “red flag radar” was switched to “high”.

When buyers feel they are dealing with untruthful sellers, the buyers start looking under every rock, so to speak. Everything that is provided, every statement made by the sellers or the sellers’ attorney becomes suspect. I could see this was beginning to happen on this deal.

So, a couple of weeks later, the independent testing agency submitted the report to the sellers but, instead of sending that report to me (and on to the buyers) as the PA required, the sellers sent only the cover letter which said pretty much nothing except that the remediation agency completed a project for the sellers. I immediately told the sellers that we should expect the buyers to balk at this and they better be prepared to provide the entire report. At this point, I began to question the honesty and ethics of our client, the seller. It seemed that they were trying to hide something.

And, sure enough, the buyers, as soon as they saw the cover letter, rightfully complained that this was not what was to be provided and that if the full report was not delivered in 48 hours, they were walking.

As it happened, the report caused no alarm, a fact that in itself made the buyers more suspicious. Why, if the report was clean, did the sellers try to bury it? The buyers’ “red flag radar” was pinging relentlessly at this point.

The final insult was delivered at the 11th hour by the sellers’ lawyer by way of a devious, deceitful attempt to circumvent a specific delivery requirement of the sellers clearly stated in the purchase agreement.

The PA listed several specific and extremely important documents that the sellers must provide no later than at the closing table. The attorney, in an attempt to thwart the PA’s specific requirement, tried to get the buyers to sign a new document that was worded in such an ambiguous manner that most people would not have realized that, once it was signed, it would eliminate the sellers’ requirement to provide the specific and critical documents called for.

Are There Any Heroes?

This story has a good ending for us and for the buyer. The client, on the other hand…

But because this post is already longer than most people’s attention spans I’ll give you the gory final details next week along with five specific steps every broker should take for every listing to make sure that, when you encounter a dishonest seller – and you won’t know you have until you’re a pretty far along in the selling process – you can protect yourself and your practice from financial and reputational harm.

Unscrupulous sellers, though rare, are out there. Professional business brokers have a duty of fair dealing with ALL parties involved in the transaction. Though we may represent the seller, we are obligated to treat both sides with the highest ethical level possible.

If you’re interested in becoming a professional business broker, let me know here:


Don’t miss the conclusion to this story which will be posted next week. Subscribe below and it will be in your inbox next Monday.

If you have any questions, comments or feedback on this topic – or any topic related to business – I want to hear from you. Put them in the Comments box below. For example, if you’re considering an opportunity to become a professional business broker, what questions do you have? Start the conversation and I’ll get back to you with answers or my own comments. If I get enough on one topic, I’ll address them in a future post or podcast.