Value a Business With Real Estate: Another Disaster


This business valuation disaster arrived in one of our offices last week. A real estate agent brought this one in after trying for two years to sell her client’s business and real estate. A true story of good intentions gone awry because of ignorance, lack of training and total inexperience.

Let me be clear. This was a very experienced realtor; very experienced at selling houses. But like what seems to be the case with many realtors, she felt she could sell a business just as easily – especially given that it included some real estate, an asset category with which she claimed some familiarity. Unfortunately, she did not pause to consider the fact that residential real estate is to commercial real estate what a flu shot is to a heart transplant. Just because you understand one doesn’t mean you’re proficient in the other.

But much of the blame for this debacle attaches to the business owners. They made three mistakes, albeit it all with good intentions, if not well thought-out. Here’s the background.

Bad Decisions From the Get-Go 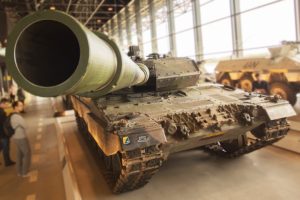 The business in question is not complex; a restaurant with sales of $1.2 million. Simple. Easy peasy from a valuation standpoint. But in the manner of using a piece of artillery to take out a wayward rabbit in the backyard, the owners hired a regional CPA firm with no fewer than eight partners, 15 support staff, three offices and operations in several U.S. states to establish the value of the restaurant business. A professional business broker, one with a CBI certification, could have done the job for 1/10th the cost.

Though this was only a pocketbook mistake – and, in the overall scheme of things, a minor one at that – it was mistake number 1.

For mistake number 2, they hired, independently of the CPA firm, a real estate appraiser to appraise the real estate. But, apparently, they failed to tell him the true purpose of the appraisal. As a result, the appraiser appraised the building as if it housed a fictional tenant, not with a restaurant operating in it for the past 10 years. That is, he appraised it as if the tenant – the restaurant – was paying market rent. It wasn’t. (Oh, oh…)

The third mistake was, of course, hiring a realtor to handle the marketing, the negotiating and the sale.

The first mistake, paying in excess of 10 times more than would have been the case if they’d hired a CBI was, as I mentioned, only a modest financial one. The owners know that business brokers exist. Why they chose to spend so much more money on a multi-state CPA firm is beyond me. But other than the initial financial hit they took, there was – at least initially – really no downside to this decision.
The realtor sent the CPA firm’s report and the business’ financials to us. When I did a cursory analysis of the financials, I found only very minor points that I would have raised and I believe that any subsequent adjustments would have added no more than a couple of thousand dollars to the CPA firm’s estimate of value – which was $450,000. 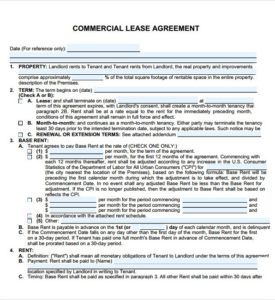 The second mistake was hiring a real estate appraiser without giving him the reason for the appraisal, which was to establish the current value of the real estate with the current business – the restaurant – as the tenant. The business was, after all, going to stay put. This mistake resulted in an appraisal that was completely inaccurate.

Why? Well, as it happened, the real estate was owned by an entity that was, in turn, owned by the same people who owned the restaurant. Such an arrangement made it possible to give the restaurant a sweet deal on the rent, a fact that the appraiser apparently was not aware of but one that would have significantly impacted his conclusions, as I explain in a moment.

I have waxed philosophical on these pages repeatedly – here, here and here, for example – over the last few years about how owners of a business that also own the real estate in which the business operates should hold both assets separately. There are two reasons for doing this (and they are explained at length here) and these owners had set their holdings up correctly. But from a valuation standpoint, all the FACTS must be consider by whoever’s driving the train.


The third mistake – and this arguably was the big one – was hiring a real estate agent to sell the business, particularly as the owners wanted to sell both the business and the real estate as a package.


The first problem that surfaced was that, as I surmised above, the appraiser was apparently unaware that the appraisal was intended to support the sale of the business which was operating in the real estate he was to appraise. He used customary appraisal data for his calculations including determining what per-foot rental rates were being paid for similar properties in the subject business’ market area. He adjusted his numbers for differences between the subject property and the other properties in his data set and arrived at a rate that he believed would be the appropriate rental rate for the owners’ property in an open market. This method is, of course, the primary way investors look at real estate investment opportunities and it resulted in a valuation of $650,000.

Unfortunately for everyone involved, it was not based on the actual rent being paid by the business.

In fact, the business was not paying rent at anywhere near the market rate and nobody picked up on this because nobody knew what the hell they were doing. As it turns out, the business was paying a rental rate that was 40%(!) lower than what the appraiser used in his calculations.

The next problem was that the realtor, being completely untrained and inexperienced in both business brokerage and commercial real estate, did not know enough to examine either the business valuation or the real estate appraisal and simply added the two numbers together and said to the owners, “Here’s the value! Let’s list it for $1.25 million!” A couple of high-fives around the room and we’re off to the races! 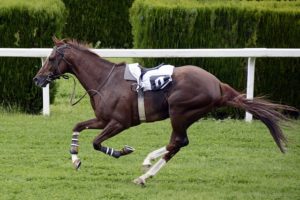 But hold on a minute there, Bucko! Something’s wrong, right? And probably more than one thing.

If the business is paying a rental rate that if 40% below the market rate – the one used by the appraiser – that tells us two things.

But more dramatically, if the appraiser had used the actual rental rate being paid by the business rather then the composite rate he developed for the market, the real estate would have appraised out at roughly $370,000 – almost $300,000 lower than the sellers, the CPAs, the appraiser and, not least, the realtor believed.

What Does All This Mean to Business Owners?


Because there was no business broker anywhere near this fiasco, there was no one carrying the ball; no quarterback; no one making sure that all the parties involved were working toward the same goal – and advising the owners properly on how to reach that goal.

Nearly all of the upfront costs incurred by the owners – $10,000-$15,000 for a CPA firm to do a valuation on a small business, $3,500-$4,000 for a commercial real estate appraisal, a couple of years futilely hoping their business would sell – could have been saved if they had hired a professional, certified business broker.

I have nothing against realtors. Like veterinarians, landscapers, plumbers and countless other professionals, most of them know their profession – how to sell real estate. But they don’t know how to splint a pony’s leg, choose the right foliage for the weather in Minnesota, Florence and Normandy or how to run a waste line in a 10 -story building. They also don’t know how to sell a business.