Sell a business using an earn out.

Sell a Business with an Earn-Out.

Essentially, it is a pricing structure used in mergers and acquisitions where the sellers of a business must “earn” part of the purchase price based on the performance of the business following its acquisition. 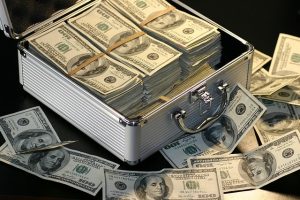 Many business transfers – especially those in the lower Middle Market – are financed using what is known as an earn-out. It essentially means that a buyer will pay a seller X if the seller stays with the business for a certain period of time and the business performs to certain stipulated standards; usually, certain revenue or earnings targets. Earn-outs are popular among private equity investors, who usually do not have the expertise to run the target business after closing, as a way of keeping the previous owners involved following the acquisition.

There is no standard set of numbers that make up a common formula but the concept is the same. An “earn-out” means that the seller “earns” the agreed-upon price over a period of time that may range up to five years. An earn-out is generally structured so that the final acquisition price is ultimately determined by the performance of the business over the earn-out period.

If you’re a business broker, managing the seller’s expectations is one of the more important aspects of your job. From advising on the time a sale will probably take and what the buyer’s due diligence is likely to entail to the potential sources of financing the purchase will involve and the possible structure of the transaction’s terms – including the chances that a buyer will want the seller to stay on for a period – you need to advise your clients on what they can expect during the process of selling their business.

Another of the business broker’s responsibilities is to try to get the highest price and the best terms for the client. Most small businesses are valued based on the earnings of the past three to five years, the trend that that those numbers show and the extrapolation of that trend – at least to the extent that such extrapolation can be justified. There are exceptions, of course.

For instance, if a business’ revenue has increased at an average annual rate of 20% over the past three years but a major customer’s purchase contract will expire in nine months, the buyer will be far less interested in the revenue trend line. The buyer could justifiably argue that the business, without that purchase contract, is worth much less than the preceding years’ results would suggest. However, the seller, if properly prepared by his advisors, might counter with, “If I get that contract renewed for another three years, the business’ value will be much higher – and probably could be based on the trend line.”

That is a WAY simple explanation of an earn-out but it is a clear example of the concept.

An earn-out is a provision in an acquisition agreement that allows the seller of a business to receive more compensation if the company being sold reaches certain goals. As I’ve written in the past, business owners often have an inflated opinion of what their business is worth. A professional business broker will insist on having a valuation done so that buyer the broker and the seller know what the market is likely to value the business at and what, if any, options exist to increase its value.

Even in the face of a professional valuation, some sellers may take the position that the valuation is incorrect and that the business is worth more. One way to close the gap is for the broker to propose that the seller consider an earn-out to entice a buyer. Admittedly, this approach requires both that the gap not be too extreme and the seller to be reasonable (the latter of which is not always the case).

Let’s look at a couple of examples. 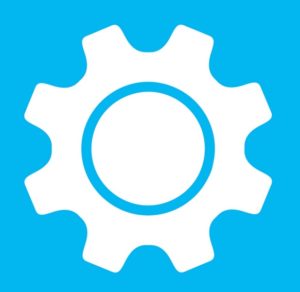 I don’t mean to always be picking on Milwaukee-based Waldo’s Wonderful Widgets, but let’s continue to use him as an example.

Waldo’s has $10 million in sales and $2 million in earnings. Based on a potential buyer’s projections of future earnings, the potential buyer is willing to pay $4 million for the business. But Waldo, in his infinite but woefully uninformed wisdom, feels that this undervalues the future growth prospects of his Wonderful Widgets and asks for $7 million. To bridge the gap, the two parties can use an earn-out, the terms of which might be an upfront payment to Waldo of $4 million and an earn-out of an additional $3 million if sales or earnings reach per-determined goals within, say, a three-year time period – or $1.5 million if sales/earnings reach only half those goals.

We listed a wholesale/distribution company that serviced the recreational fishing industry and operated mostly East of the Mississippi River, from the Gulf Coast to Maine, in the U.S. Sales were $16.9 million; earnings were about $3.25 million.

With the owners’ input, we identified several relatively easy ways for the business to expand and increase both revenue and earnings. Based on those projections and the previous three years’ numbers, our valuation suggested that the business was worth around $12 million. But the sellers thought that, given the company’s recent sales trend and the projections based on that trend, our number was light; they wanted $15 million.

We structured our marketing anticipating that an earn-out would be needed to close the deal. 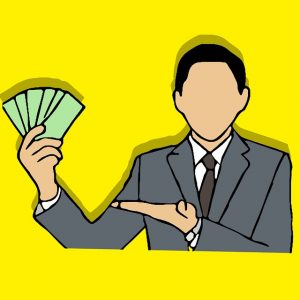 We received offers from three private equity firms, all of which wanted the sellers to stay on with the company; the buyer that we thought was the best fit wanted them for two years at which point, the buyers intended to move the company. Their offer came in at around $12.5 million.

We counseled our clients to counter, particularly given that they would be staying on and running the company for the next couple of years. We wanted them to get paid for whatever growth they generated. An earn-out provision was exactly what was needed.

But there was a twist.

What if the company not only hit but exceeded the goals set in the acquisition agreement? The language in the agreement states that for every percent increase in the metrics (revenue and earnings), the acquisition price is adjusted by “X”. This means that, if the former owners exceed the agreement’s goals, they will receive more than the $15 million they originally wanted.

Our course, The “How-To” of Becoming a Business Broker”, teaches how to structure the financing of a business acquisition including earn-outs. Learn more…

Earn-outs are a relatively sophisticated but extremely useful tool in getting the sellers the true value of what they’ve built. If you’re a business broker, educating your clients about this tool and its potential benefits to them is paramount. And if you’re a business owner reading this, please remember that this another way to “close the gap” between what you want and what your business may currently be worth to a buyer.

Next week’s post will continue the financing theme and focus on equity and the various ways a seller might be compensated using that as a source of value.