Valuations: The Benefits of Owning a Business

Valuation: The Benefits of Owning a Business


What are the benefits of owning a business – the owner’s benefits? Well, they can be legion and it is critical that they be identified and calculated if you are trying to get an accurate business valuation. 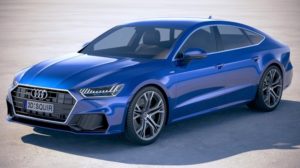 Owner benefits flow from a business’ earning power and are generally tangible – $200,000 of the  $260,000 cost of an Aston Martin DB-11, for example (often driven by owners who think they have the juice to be 007) would be an owners benefit insofar as an Audi 6 would be a perfectly legitimate and suitable substitute. In many cases, the owners’ salaries are considered “owner benefits”, but we generally consider only the “excess” salaries because a business buyer (owner) might be absentee – such as a private equity firm – and have to hire – and pay – someone to run the business. (A post on that topic is on the schedule.)

But owners’ benefits – Discretionary Earnings – can include intangibles, as well.

We had a client that established an education fund to provide scholarships for the kids of employees who wanted to go to university. The owner’s motivation was not all altruistic (he had two kids of his own on that path and they would also be able to take advantage of this fund) but it clearly was an owner benefit; tangible in that he, through his kids, would benefit and intangible in that he would benefit from the loyalty of his employees that resulted from his largess in establishing the education fund.

(If you’re a business owner, check with your tax advisors before attempting anything as creative as this to make sure you don’t end up across the table from a couple of irate tax department officials!)


There can be dozens and dozens of such benefits and it is the professional business broker’s job to determine what they are in order to estimate the most probable selling price (MPSP) of any business the broker is valuing. In our course, The Basic “How To” of Becoming a Business Broker, I go over numerous examples of such benefits and describe the many financial aspects that a broker must consider when analyzing a company’s financial statements when performing a valuation. And perform a valuation you must!

Become a business broker. Learn how to value and sell businesses…


Here’s a couple of examples of hidden owner benefits.

Let’s say that the company being valued is Waldo’s Wonderful Widgets (WWW, Inc.), a manufacturer of widgets in Milwaukee, Wisconsin, United States. As you might expect, there is the National Association of Widget Manufacturers (NAWM) but there is also the regional Midwest Association of Widget Manufacturers (MAWM). Each holds an annual conference or convention and WWW, Inc. is a member of both.

The regional conference is held every January in Chicago where the average high temperature reaches a balmy 30(F) and the wind off frozen Lake Michigan is such that it would significantly extend the lifespan of the proverbial snowball’s chance in hell.

The National association holds its annual convention in Honolulu in a convention center on Waikiki Beach, where the average high temperature in January is a much more civilized 80(F) and, in January, the scenery on the beach is far more appealing than the scenery in downtown Chicago.

The regional convention is two days long and Waldo can drive the 90 minutes up to Chicago the morning of the first day, spend the night and drive home (before the Aston-Martin’s engine block freezes) on the evening of the second day. For budgeting purposes, three hundred ninety-five bucks for conference registration, $500 for dinner and one night at the Fairmont, ninety bucks for fuel and maybe $2,000 to repair the right front fender of the DB-11 after sliding on the ice on Michigan Ave right into a parked ’75 Chevy pickup with expired tags. Total expenses: under three grand, including the body work.

The convention in Waikiki runs Thursday through Sunday. For a couple of hundred bucks, Waldo can take an Uber to O’Hare and pick up a round trip ticket to Honolulu for about $2,400US.

A day-long charter catamaran and snorkeling tour of the area for a dozen of his best clients: another three large. 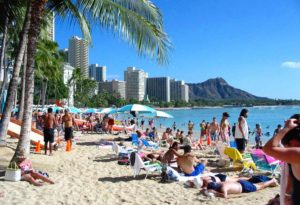 Breakfast, dinner, adult refreshments, tanning lotion, new flip flops and some way-cool shades (so his retinas don’t fry), souvenirs for the kids and miscellaneous incidentals: another $2,500.

Add another couple of hundred bucks for a return Uber and Waldo arrives back home a week later with some great photos and a golden tan. Total expenses: $13,500.

Assuming Waldo’s is a profitable firm, which convention do you think our boy is more likely to attend?

When valuing Waldo’s Wonderful Widgets, Inc, a professional business broker will discuss these expenses as they appear on the financial statements and probably determine that most of them were benefits that accrued to Waldo personally as the owner of the business. The broker will make adjustments to the financials and the Discretionary Earnings will suddenly look bit more attractive.


Though this issue may not be pertinent to every business, the concept is worth understanding.

In a business I had in the 1990s, I combined the convention concept outlined above with this customer visit tour.

Mine was a wholesale/distribution company headquartered on the US East Coast. We had roughly 200 customers by the time I sold the company including several dozen on the Left Coast. In the Spring of each year, we exhibited at a trade show in Las Vegas and, two weeks later, another in Los Angeles. When the Vegas show closed, it made no sense to ship our trade show booth, product samples and materials back across country to our East Coast offices only to ship them back a week later to California, so I sent them on to LA where they were stored at the convention venue and my booth staff and I arrived a couple of days prior to the LA show opening to put it all together. 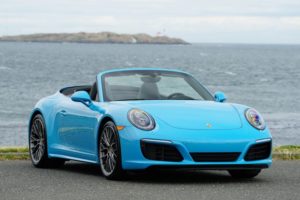 But my arrival was usualy the start of a six-week odyssey for which I rented a convertible sports car – a cabriolet for my European friends – and, at the close of the show, after packing the booth, product samples and materials up and shipping them all back East (and seeing my staff off at LAX), I drove down to San Diego to visit with our most southwestern customer and then, utilizing the ultimate route for a road trip, gradually made my way up the coast along the Pacific Coast Highway to Seattle, Washington, at the end of June to visit our most northwestern customer.

Like Waldo, I arrived back at headquarters with some great photos and a golden tan (although the latter was only on body parts that benefited from driving a convertible).

Clearly, a certain percentage of this expensive jaunt was for my benefit – and a tax official suffering through a very bad day might convincingly argue that the entire six-week jaunt was, except for the trade show, nothing but a fabulous vacation paid for by the company – but a good business broker would be able to determine what portion of the total costs were crucial to the operation of the business and adjust the balance out of the expense column and into Discretionary Earnings – where another handsome bump would become evident (and show that the earning power of the business was even more impressive).

Whether you’re a business broker who offers business valuation services or a business owner that wants to know what your business is worth, you have to start by determining the business’ earning capacity – its earning power – a number that is reflected in its Discretionary Earnings. Among other aspects of the valuation process, this means thoroughly examining the income and expense records and making the adjustments necessary to eliminate “non-essential” expenses from your calculations.