Several of my recent posts have been about this being among the best times to sell a business in many years, why this is so, who is buying, where the money is coming from and so on. This post continues the theme because new data suggests that cross-border acquisitions are increasing. If you’re selling a business – or thinking about it – foreign buyers are looking hard.

As previously discussed, economies and stock markets around the world are growing and hitting new highs. These facts give companies a lot of ammunition when they enter the market looking to make a strategic acquisition. They’re armed with cash and stock that has increased in value. They are hunting.

While we’re seeing this phenomenon play out worldwide, a specific condition in today’s business environment impacts sellers in the United States more than others. That condition is the recently-enacted tax reform bill that was signed at the end of last year. That bill has positively impacted millions of Americans and hundreds of thousands of businesses but it has also made American businesses more attractive targets for non-US companies that have chosen to grow through acquisition. These companies are now scouring the US market to identify likely candidates to be acquired. 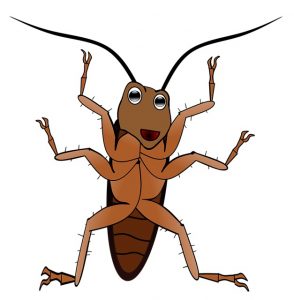 The Wall Street Journal recently published a story illustrating the reasons for this phenomenon using as an example a British pest control company that wants to expand in the US market by acquiring existing, profitable US-based pest control businesses. According the Journal’s article, Rentokil Initial, PLC, based in Surrey, southwest of London, encouraged by lower tax rates and strong growth in its core business, is hunting for takeover targets in the U.S and has allocated $285 million to $356 million (£200 million to £250 million) to do just that. It has already completed five U.S. acquisitions in the first quarter among 12 completed overall.

Do you own a pest control company? Do you wish you did?

But it’s not just pest control. All sorts of buyers are out there for all sorts of businesses. There are more buyers than there are sellers – and more available capital than we’ve seen in many years.

Rentokil is one of several European buyers zeroing in on U.S. companies helped by lower U.S. corporate taxes, a positive economic outlook and the decline in the U.S. dollar. The Journal also reports that business executives throughout the European Union are targeting U.S. companies as a brighter economic landscape at home and abroad boosts confidence.

According to Dealogic, European companies spent $47.26 billion on U.S. targets since the beginning of the year, through April 5. That is the highest deal value for this period since 2006 and up from $37.59 billion worth of deals struck in the same period last year.


The Journal article goes on to say that the drop in the U.S. corporate tax rate to 21% makes U.S. businesses more alluring to European buyers, as does the pullback in the U.S. dollar, which is down nearly 15% against the euro since Dec. 2016. This sets the stage for more frenetic M&A activity in the U.S. And that means a demand for businesses and business brokers/advisors to help make the deals happen.

If you own a business and have been considering selling – or at least developing your exit strategy – it would be wise not to delay. As I’ve previously written, this is the best environment in years to bring a business to market.

Marco Wiren, CFO of Finnish manufacturer Wärtsilä Corp., states that the company is currently following 15 to 20 companies, including some in the U.S., said CFO. “We are continuously looking for new targets,” Mr. Wiren said. “The corporate tax reform and the sound business environment make it more attractive to invest in the U.S.,” he added.


How can you take advantage of this activity? If you own a business and have begun to think about selling, now is the time to act. Many types of buyers are in the market and all of them have a lot of dough and a lot of motivation. Don’t let this opportunity slip by. If you’d like some solid tips on getting your business ready for sale, let me know and I’ll send links to two interviews describing exactly how to do that. Just let me know were to send them here:

If you own a business that you have been trying unsuccessfully to sell, I suggest that you enlist the help of a professional business broker and do so soon. Meet a couple and learn what they do. How do you find a good one? Insert your email address in the box below and I’ll send a list of characteristics to look for when you interview business brokers.

Finally, this demand for business is not just in the U.S. It exists in most developed countries and for the same reasons. The world economy is expanding, markets are growing and more money is chasing businesses in every part of the world. The world needs more business brokers and advisors to assist owners that want to sell and buyers that want to buy. Valuations must be done, marketing programs put together, guidance from a professional must be injected, terms and conditions must be negotiated; basically, the sellers need an advocate.

If this type of extremely rewarding professional career is something that might interest you, we can teach you how to become a professional business broker and guide you through your early deals. If you’d like to learn a little more about the course and programs, let me know by filling in the box below and hitting “Send”. It’ll be in your inbox in moments. Don’t worry! I promise never to spam you or distribute your email address to anyone, ever!


If you have any questions, comments or feedback on this topic – or any topic related to business – I want to hear from you. Put them in the Comments box below. For example, if you want to sell your business, what is your biggest concern about the process? Let me know. Start the conversation and I’ll get back to you with answers or my own comments. If I get enough on one topic, I’ll address them in a future post or podcast.