The Importance of a Business Valuation

The Importance of a Business Valuation


Most business owners know their pricing model and margins like the back of their hand. They have a firm grasp of the math and how important it is to be constantly aware of changing costs and the need to adjust their prices to maintain margin levels that will result in a fair profit. But given that mindset for numbers, it’s amazing how few owners have had a business valuation done or even given a thought to how much their business is worth.

The costs to the owners of not knowing what their business is worth can be enormous – and not just when they try to sell it. This post is about how much damage can be done by not having an up-to-date valuation.

Let’s look at a couple of examples.

The “Buy In” Scenario 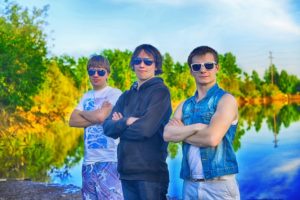 They work their butts off for a few years and Three Amigos starts to enjoy some handsome profits and increasing market share.

The three amigos of Three Amigos are now livin’ large, driving expensive sports cars, spending time paling around with B-level celebrities and throwing a C-note at the valet for parking the Porsche in the best spot outside the club.

Out of the blue, they get a call from the legal department of Waldo’s Wonderful Widgets, a Milwaukee, WI, widget manufacturer, ten times the size of Three Amigos. Waldo wants in and offers $6 million for a 51% stake.

The three amigos of Three Amigos are euphoric. They each pocket two million bucks  – at least before the tax man extorts his share – and they still own 49% of the company they started and that Waldo just valued at almost $12 million. What could be wrong with this?

What if the founders each loaned the business $500,000 to get started. Was that factored into the offer? If so, how?

Waldo’s offer values the business at roughly $12 million. But if the three amigos have not been getting annual valuations done by a professional business broker, they have no idea what Three Amigos Widgets is worth.

If the company is worth $16 million, they’ve left $2 million (half of that additional $4 million) on the table. And what if Waldo’s real plan was to flip the business in six months. He sells his 51% share for $8 million and the three amigos are left scratching their heads wondering, “What just happened?”

Company owners receive unsolicited offers all the time. In fact, it happened to me; and I had no idea what my business was worth.

One would assume that the three amigos would counter Waldo’s offer. But how would they know how to counter if they don’t know the value of their business? If they countered with $10 million for 51% – a number suggested by a couple of plumbers they meet with every Friday for cards and beer – how could they justify that number? Well, of course, they can’t. They’d look like the fools they are and Waldo would be riding off into the sunset looking for a serious opportunity before the three amigos even get up to say “goodbye”.

The “Buy Out” Scenario


Here’s an example that I’ve written about earlier; a company that we did periodic valuations for before it was acquired by a much larger firm. 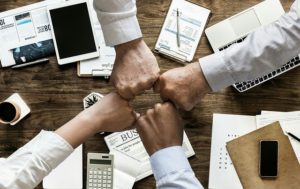 Four associates started a healthcare company in the United States. Wisely, they had a buy-sell agreement drafted that described what would happen if one of the owners died or became disabled. Even more wisely, they funded that buy-sell agreement with life insurance policies on each of them.

They grew their business and it increased in value every year. Fortunately, we were hired to re-value the company every year because one of the partners died suddenly – and the remaining partners had to buy out the deceased partner’s heirs. Because the insurance policies were updated every year to reflect the value of each partner’s share, the policy on the life of the deceased paid out enough to buy out the heirs.

If they had not done a valuation in several years, the insurance policy would have been woefully inadequate to buy out the heirs and the remaining partners would have had two choices:

1) They would have to come up with the shortfall out of their own pockets. In this case, that would have meant coming up with almost a million dollars each.

2) They would have taken on new partners – the heirs – that knew nothing about the business and would have driven them to distraction.

Business owners must know what their business is worth. 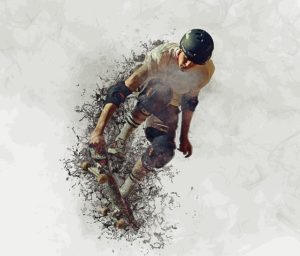 A couple of guys started Velocity out of a garage eight years ago to make high-end skateboards. They built up their business’ reputation for quality and were approached by Walmart and asked to design and manufacture a line of boards for the general market and offer them exclusively to Walmart.

This was an enormous opportunity for the Velocity guys – but they needed to finance significantly greater production capacity and decided that the best way to do this was through equity rather than debt. That is, they wanted to raise the capital they needed by offering ownership in Velocity to outside investors.

But without knowing what the value of Velocity is, how can they make a serious pitch to investors? You can be sure that whatever they would offer – say 25% for $2 million – the investors would calculate value before committing. Twenty-five percent for $2 million values Velocity at $8 million. If the investors think the business is worth only $3 million, how could the owners of Velocity possibly negotiate?

Business owners must know roughly what their business is worth at all times – though, admittedly, with all the responsibilities of actually running the business, most owners don’t have the time to spend on this and few have any idea how to calculate it. As such, valuing businesses is a way to develop a reliable cash flow for business brokers.

We value businesses all the time. We have fast-growing clients that need annual valuations and others that need valuations done only every couple of years. And, of course, we won’t take an engagement to sell a business without doing a valuation.