Business Brokers: How We Get Paid

Business Brokers: How We Get Paid


Last week’s post – about acing the interview with our potential client, the business owner – left one big question unanswered. 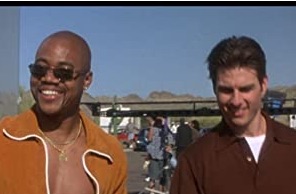 Recall that that post was about what a potential client could be expected to ask when interviewing a business broker in anticipation of selling the client’s business. But the question not covered in that post, and one that will certainly be posed, is this one: “How do you get paid?”

This question is borne of the client’s desire to determine what the actual net proceeds will be after the business brokers get paid. It is a significantly more temperate rendition of that hilarious scene in the Tom Cruise/Cuba Gooding Jr. movie, “Jerry Maquire“.

The answer we give varies, depending on the size of the business, who or what the likely buyer will be and how we anticipate the transaction will be structured. But this is a blog post, not a business brokering tutorial, so if will necessarily focus on some generalities.

Though there is a certain amount of uniformity in our business, compensation for business brokers varies. Some of that variance depends on the level of competition in the market and the reputation a particular broker or brokerage has built up over time. But often times it depends on how the deal is structured.

Let’s start with the basics.

“A Rose By Any Other Name Would Smell As Sweet” 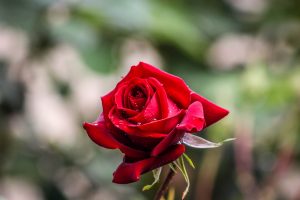 Some refer to our compensation as a “commission” while others refer to it as a “success fee”. The latter always seemed to be a bit pretentious to me; as if the user wanted to project an attitude of being above the riff-raff of commissioned sales folks everywhere.

We’ve found that the easiest way for us to express this has been to state that “our fee is based on the size and structure of the transaction.” Period.

But, of course, that statement needs a fuller, more robust explanation so we generally launch into some version of the following.

Fees in our industry generally range from 8% to 12%.

I’ve seen them as low as 6% and as high as 15%. The low end might be the result of a broker “contributing” to the deal by offering to reduce our fee to get the deal done.

The higher end might be applied when the deal is so small that the broker realizes that it might not be worth their time at the standard fee range.

Some business brokers or brokerages – including some in our organization – establish minimum fees.

Minimums are used to acknowledge that it generally takes the same amount of effort to sell a $100,000 business as it does to sell a $1 million one. Most brokers will get calls from owners of very small businesses. Some business brokers – especially those that have been in the business for a while – turn down such assignments as not being worth their time – or they require the seller to cover the brokers expenses.

But others, especially newer business brokers, are eager to help these smaller owners as it would give them some sorely-needed experience – and testimonials.

If you’ve been reading these posts regularly, you might know that, for the most part, we generally work with businesses that have valuations of between $250,000 and ten or fifteen million dollars and that we use a laddering method to determine our fee. That is, our fee “ladders down” as the transaction value goes up.

We start at 10% – the midpoint of the industry range – for the first million dollars in transaction value and then step down for each succeeding million dollars so that for every dollar of transaction value above $5 million, our fee is 2%. This often referred to as the Lehman Method. Using this approach means that the larger the deal, the lower the effective rate on which our fee is based.

This is similar to how many investment banks get paid for negotiating the BIG deals – those in the rarefied atmosphere of $100 million or more.

This is just our approach. Other brokers approach this differently and you should develop an approach to fees that works for you.

When do We Get Paid?

This one would seem to be a pretty easy question to answer but it isn’t always – and many times will depend, again, on the size and structure of the deal.

Notwithstanding the fact that the jobs are completely different, people often relate what we do to what realtors do. And realtors get paid at closing.

While this may be true for some business brokers doing smaller deals, there are many instances in larger ones where we have to wait for some of our fee – because the ultimate transaction value may be unknown at the time of closing.

How can that happen? Here are two examples.

In the first, our client’s business is providing certain support services to regional airports in the upper Mid-West of the United States and that those services are provided under contract. Our client has a bid out in the hope of picking up a new airport customer in Ontario. The purchase price for the business – its valuation – agreed to by our client and the buyer is $6.5 million but that number is based on the assumption that the bid will be successful.

But the buyer doesn’t want to pay that price for the business if the bid is NOT successful but DOES want to proceed with the acquisition even though the bid period isn’t over. So the parties agree that the buyer will put up the full $6.5 million but that $500,000 of that amount will be held in escrow pending the outcome of the bidding. The fee we receive at closing is based on the $6 million that our client received.

If our client’s bid is successful, the escrowed amount ($500,000) is released to the seller and we receive our portion of that of that at the same time. If the bid is unsuccessful, the escrowed amount is returned to the buyer and the fee we received at closing – $320,000, based on the $6 million our client received – is all that we’re entitled to.

The second example would involve an earn out.

An earn-out is when the seller stays on with the business to insure that the business’ performance hits certain benchmarks such as revenue levels, customer acquisition targets or net income using a pre-defined formula for making that determination. An earn-out may extend the determination of the ultimate transaction value by a couple of years. 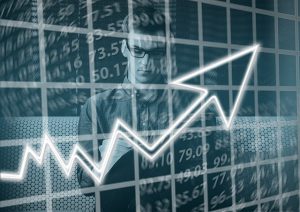 Using the same service business as above, the parties might negotiate a purchase price of $6.5 million provided that the seller stay on for three years and grow the business by 15% per year in order to receive the full $6.5 million. The deal might be structured to include payment at closing of $5.5 million with additional payments made to the seller as certain targets are hit.

The risk to us in an earn-out is the same as the risk to our client. If the targets are not met, the ultimate transaction value (purchase price) will likely be lower than what was expected based on the purchase contract. In the worst case scenario, it’s possible that none of the remaining $1 million would be paid by the buyer. That means that no additional fee is due us.

Business brokers need to be clear when answering the question about our fees. But we don’t want to get too far into the weeds of this topic unless the business warrants  an in-depth discussion or the potential client begins to pose detailed questions based on numerous hypothetical examples. That means we need to know our stuff and that we are able to articulate our policies clealy without confusing the business owner

Next week’s post will expand on how we get aid and focus on retainer fees and the all important question of who pays us.