Buy a Business: Letter of Intent

Letter of Intent vs Purchase Contract 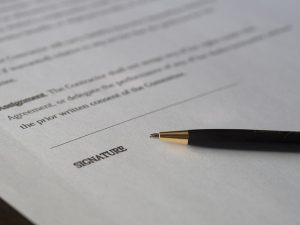 Would you like to save some time and expense? Most people – including buyers and sellers of businesses – would. One way to do that is to initiate negotiations for acquiring a business by using a Letter of Intent (“LOI”) rather than a contract to purchase. Granted, a purchase contract will be needed at some point but the preparation of the purchase agreement will generally entail greater costs and if the basic points of the agreement can’t be agreed to, there is no sense spending the time, effort and money to draft a full-blown purchase agreement.

In our experience, letters of intent are generally the best way to start the acquisition process on all but the smallest businesses. If your target is a single-location retailer or small “mom and pop” – what we refer to as “Main Street” businesses – a letter of intent is rarely necessary and often a waste of time. But if the target has multiple product lines or revenue streams, uses multiple currencies, has revenue of more than US$1 million or a value of more than $500,000, we lean heavily toward using an LOI to get started.

Basically, a letter of intent is a document outlining one or more agreements between two or more parties before the definitive agreements are finalized. The concept is similar to a term sheet or memorandum of understanding. Such outlined agreements can be used for many reasons including mergers and acquisitions transaction agreements, joint venture agreements, real property lease agreements and several other categories of agreements that may govern material transactions.

LOIs resemble short, written contracts, but are offen presented as a bullet point list and generally are not binding – at least in their entirety – on the parties. Many LOIs, however, contain provisions that are binding, such as those governing non-disclosure, governing law, exclusivity or covenants to negotiate in good faith.

A letter of intent may be presented by one party to another party and subsequently negotiated before execution (or signature). If carefully negotiated, an LOI may serve to protect both parties to a transaction. For example, a seller of a business may incorporate what is known as a non-solicitation provision, which would restrict the buyer’s ability to hire an employee of the seller’s business should the two parties not be able to close the transaction. On the other hand, an LOI may protect the buyer of a business by expressly conditioning its obligation to complete the transaction on its ability to secure financing.

There are many reasons to start the purchase process with a letter of intent. Here are a few:

Are There Downsides to Using an LOI?

Well, there are always downsides to pretty much everything but the biggest downside of using a letter of intent is that the existence of the LOI may have the effect of stretching out negotiations on only a small portion of a deal’s less significant terms. This is particularly true if there is no time limit set for the execution of a definitive agreement.

The seller is usually most eager to get a definitive agreement in place. The buyer may want to drag the negotiations out as long as possible for any number of reasons.

If that happens, some of the results that would be detrimental to business (i.e., the seller) include:

There should be a term or time limit to the LOI. Generally, there should be a clause that requires the parties to negotiate in good faith with the objective of completing a definitive purchase contract within a certain number of days after the LOI is executed.

Additionally, some buyers insist on inserting what is known as a “no-shop” clause that may require the seller to stop offering the business for sale – essentially removing it from the market.

Though we are not fans of “no shop” clauses when we represent the seller, they are, in many cases, quite reasonable; and we most definitely ARE fans when we represent the buyer! The buyer wants to be able to conduct it due diligence – a process during which it will spend time and money – without fear that the seller will continue to market the business and possibly receive additional offers.

We have seen buyers pay for “no-shop” clauses, essentially putting up a non-refundable “deposit” that is applied to the purchase if the deal closes. Such a fee incentivizes and compensates the seller for removing the business from the market.

Remember that an LOI generally does not bind the parties. If a more attractive offer comes in while the original buyer is still conducting its due diligence, the original buyer could be forced to either meet the terms of the new offer or walk away from the purchase and kiss its invested time and money goodbye.

To avoid this, a buyer might insist on a “break up” fee clause being added to the LOI. A breakup fee (sometimes called a termination fee) is a penalty to be paid by the seller if the seller backs out of a deal (usually because it has decided to accept a more attractive offer). One reason for the breakup fee is to compensate the original buyer for the cost of the time and resources expended in the due diligence period (or in negotiating a purchase agreement). A breakup fee also serves to inhibit competing bids, since such bids would have to cover the cost of the breakup fee as well. Although a break-up fee is more common in a purchase contract, adding it to the LOI is not unheard of.

Interestingly, there is also a “reverse break-up” fee in which the buyer pays a penalty to the seller if the buyer is unable to complete the deal. A reverse back-up fee is rarely seen in an LOI though one is not uncommon in purchase agreements but generally in larger transaction. An example of a reverse break-up fee can be seen in the result of the failed 2011 merger of AT&T and T-Mobile. Because AT&T did not close on that deal, it was obligated to pay a reverse breakup fee of $3 billion in cash plus other consideration.

The Importance of Time Limits


If a “no shop” clause in included in a letter of intent, it is extremely important that the seller insist on a specific date by which the “no-shop” clause is removed or terminated. We have fielded questions on this specific issue repeatedly.

Granted, a properly drafted purchase contract will include performance deadlines, those deadlines can be extended. But in an LOI, it is my opinion that extending a “no shop” period should be done only on rare occasions and only with good reasons. If the business is priced properly, it should attract a reasonable number of buyers. The longer the “no shop” provision is operative, the longer the business is off the market and the more disruption the business is likely to suffer. Besides, a seller will – and should – want the buyer to move forward with all reasonable speed. Business disruption generally has the effect of negatively impacting the business’ value. Though the buyer might like that – it might get to adjust the price in its favor – the seller definitely does not.


I’ve prepared a sample letter of intent for use by anyone that reads this post. It is available in MS Word format thus allowing you to change it to serve your particular needs. It will be delivered to your in-box immediately upon telling me in the box below where to send it.