Outside Forces Impact the Value of Your Business

Outside Forces Effect the Value of Your Business


While – as I’ve written in several previous posts – there are many things you can do to increase and maintain the optimum value of your business, those efforts are sometimes offset by events that are not always under the business owner’s control. Technological advances and competitor’s moves are, of course, things that most business owners keep an eye on and you can usually react to such market changes by adapting your own business to meet or counter these changes.

For example, Amazon and Alibaba have changed the retailing landscape around the world. (More on that in a minute.) And you may remember that, not too long ago, when Walmart announced it was opening a store, stories in the media were almost universally heralding the demise of local merchants.

I have a home in a rural waterfront area that I cherish for its tranquility and civility. In 2010, a Walmart opened amidst great media angst (and the occasional main street protest by residents that didn’t need Walmart but now shop there weekly) that all the locally-owned business were going to be forced to close. Aside from one or two that were destined to close anyhow (crummy service, irregular hours during fishing season, etc.), it didn’t happen. They adapted. They improved service levels, began offering products that Walmart did not, modified their marketing to attract the customers that wanted a shopping experience that was several orders of magnitude better than what Walmart offers. (For an extremely clear example of this, spend four minutes here.)

In short, business owners – whether they be small retailers, major manufacturers, national service providers or almost any other type of business – can usually adapt and counter these normal business trends and cycles. There is one source of change, however, that is in many cases very difficult – and occasionally impossible – to counteract and it can decimate a business’ value. That source is government.


The Rules Get Changed 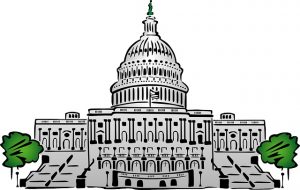 Governments at all levels impact the value of businesses – to greater or lesser degrees – in their jurisdictions every day. They do so consistently, many times repeating the same idiotic mistakes that even a 10th-grader’s brief review of recent economic events – let along the application of a modest amount of logic and reason – would rule against; unless, of course, the particular government body’s objective was to phase out the existence of certain businesses.


The value of your business depends on many things, most of which you can control. If you pay attention to your business’ “value drivers“, you are likely to obtain the highest value for your business when it comes time to transition out. But when the rules get changed, it’s another matter altogether and one that is difficult to prepare for or counter.

Consider the first Chicago example mentioned above. You might say that the owners of gun shops and firearms training centers in Chicago could all have moved out of town. But imagine the owner of a store that has been in the same location and serving the same local community for 20 years. Moving would essentially be starting all over again.

The soda retailers and restaurant owners had NO choice. They simply watched as the value of their business slipped no matter how faithful they’ve been to the task of building value.

The minimum wage increases planed for many cities will, among other deleterious effects, reduce the value of businesses in those jurisdictions, at least in relation to their competitors outside.

And, finally, Virginia tobacco shops within an hour’s drive of Maryland will enjoy a value premium over their competitors in the Old Line State for a long time to come.


At the beginning of this post, I mentioned Amazon and Alibaba. There was an excellent article in the Wall Street Journal recently (December 2017) about how retailers can not only survive but thrive in our brave new world of Amazon and Alibaba. Because the Journal requires an account to access, I am unable to provide a link. However, if you’d like to receive the article directly to your inbox, tell me and it’ll be on its way.