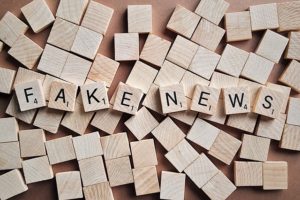 “Fake news”, while not a new phenomenon, gained currency as a catch phase during the United States’ 2016 presidential election campaign. It has since become an oft-repeated charge often leveled by conservatives against liberal and progressive news outlets.

But fake news is not limited to politics! No siree, buddy! Fake news is all around us and it can complicate a business broker’s life.

Well, you may initially think that I’m guilty of hyperbole but the following TRUE story about a football team will illustrate just how misleading sloppy journalism can be and how such idiotic “reporting” impacts how the public perceives the word “value”. (Yes, football is a business and clubs get sold all the time.)

A few weeks ago, I posted the story of a business owner in Minnesota, USA, that had been trying to sell his business and the asinine reporting done by both a local TV station and a local print reporter “explaining” how “reasonably priced” the unreasonably-priced business was. Now comes a story out of England about a football club that may – or may not – be for sale.

And for my American readers, “football” is what the rest of the world calls soccer.

What follows is true and the story comes from a UK-based sports site. It’s another tale from the business brokering trenches. It involves the Newcastle United Football Club in Northeast England.

The reporter, no fan of the club’s owner – and based on the article, the team’s fans are no fans of the club’s owner either – demonstrates clearly that he spent little time in business classes while at university and what little time he did spend might have been far more productive had it been spent making cherry-vanilla lattes at the local MoonBux or asking, “Do you want fries with that?”

You Call This “Research”?!?

Ya gotta fire this thing up every now and then!

But a few paragraphs into the article, the reporter appears to have recently experienced an epiphany and, in a 180 degree turnabout, suggests that the club owner may actually really be trying to find a buyer. And the reason the reporter gives for there being no sale? Nobody has any money!

The developed countries of the world – a group which would certainly include England (at least at the moment) – are awash in money! Startups are being funded by venture capital groups and crowd-funding sites. We receive two or three emails each day from private equity firms looking for businesses to buy. I bet every person reading this has a relative that would like to find a business to invest in.

Over the past year, I’ve written probably a dozen posts – here and here are two examples – on how much money is out there chasing businesses! The reporter’s suggestion that there isn’t enough money around to buy this business requires the willing suspension of disbelief.

But the availability of capital is another story for another day. This story is about the reporter’s logic and then his ridiculous conclusion. And how such logic and conclusions misinform readers and, as a result, cause headaches for brokers.

The “Reasoning” – Such as it Was


Early on in the article, the author gives his readers the strictly scientific methodology that he used to make his pronouncement that there wasn’t anybody with enough money to buy the team. He describes his research as follow:

“I just had a quick look on a property site, searching homes in our region priced at £1m plus. There are some real beauties, but many have been on the market for well over a year – some were put on there in 2015! I’m sure they are all reasonably priced, but I’m guessing there just aren’t that many people who have the cash…” “What if there just aren’t any buyers out there right now with enough cash at their disposal?”

First, there is only one reason something – be it a house, a car, a pound of French Camembert or an English football club – doesn’t sell; the price is too high. Period. End of story. Other than in extreme examples of political idiocy – Venezuela comes most immediately to mind – it has nothing to do with how much or little money is in the marketplace. And as I write this, there is more money sloshing around looking for a place to park itself than at any time in recent memory!

Second, his comment that, “I’m sure they are all reasonably priced…” is arguably the most idiotic statement ever made by anyone that is not a politician. Anyone with a three-digit I.Q. would know that, as a rule, home owners set their price high – sometimes significantly so. And, if they’ve been on the market since 2015, they are, without a doubt, overpriced, for crying out loud!

Third, using a “property site” as the basis for determining why a business won’t sell is like using the opinion of a car mechanic to determine what is wrong with your elbow.

But his next sentence hits the nail on the head: “A lot of fans have drawn the conclusion that the price [the owner] is asking must be far too high, and that if he was more reasonable, the buyers would line up.” Ya think?

Having a professional business broker will help a business owner reach their goal!

Though this is, of course, the only reason the business has not sold, it has nothing whatsoever to do with there being no one with enough money to buy it. It explains perfectly, however, that those with the dough don’t want to pay the seller’s price. They think it’s too high; it’s above market value.


Not content with using a ridiculous yardstick to determine the availability of business buyers, our intrepid reporter doubles down on the stupidity by putting into print his assiduously-researched conclusion of the business’ actual value. To wit:

The “…Football Club is worth around £300 million. I heard that figure a couple of years back and it hasn’t really shifted.”

Who did he hear it from? On what basis was that figure established? Was there anyone involved in the establishment of that figure who had even the slightest expertise in valuing businesses in general – or football clubs in particular?

I’ve “heard” figures, too. I’ve overheard many conversations – some at respectable dinner parties, others at somewhat less-respectable gin joints – in which completely clueless (and oft-times inebriated) knuckleheads – from doctors and real estate brokers to pet-groomers and diesel mechanics – held forth on the value of this or that business – or this or that individual – when they clearly, like our intrepid reporter, had no idea what the heck they were talking about.

Like the owner of any other business, if the owner of the football club wants to sell, he has two options and the level of his motivation will determine which he chooses.

He could choose to hire a professional business broker or business appraiser to have the value of the business determined by a third-party professional. Doing so, and deciding to offer the business at or near that price, usually reduces or even eliminates squabbling between buyer and seller about value. It also quickly eliminates tire-kickers. This is the way to attract serious buyers.

Or he could choose to forego a valuation – or ignore the one he gets – and set a random, “I-need-to-get-this-much” price on the business.

Choosing the latter demonstrates a low level of motivation and a willingness to completely ignore the market – and, as this example shows, promises a long, long marketing slog that is almost guaranteed to fail.

Our course, The “How-To” of Becoming a Business Broker”, teaches how to value businesses and how to demonstrate to the business owner the value of having a valuation done. Learn more…

The value of a business is its ability to generate profit for the owners of that business. And what a buyer will pay is dependent upon the amount of profit the business generates.

Not long ago, we were approached by owners of a business doing about $650,000. After doing the valuation, we arrived at a Discretionary Earnings number of only $52,000. If that was not bad enough, both owners were spending 50-60 hours each week in the business; for $52,000! They were essentially working for $10/hr.

Our valuation came in slightly less than $150,000. They were shocked. Shocked! Our broker asked them, “What would you pay for a business that required you to work 100 hours per week for $10/hr? If you paid anything you are essentially paying for a job.”

It was a sobering moment.

If you’re a business broker advising a seller on developing an exit strategy, getting a professional valuation done upfront is part of your efforts to manage their expectations. If you’re a business owner, find out what your business is worth before bringing it to market. If you do, several benefits will accrue to you.